Find quick answers to the most frequently asked questions.

What's the meaing of CE marking ?

What are the EU Directives ? 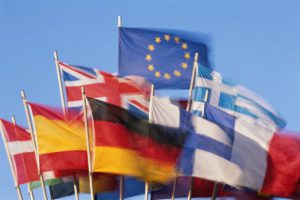 The European Union (EU) has implemented a system to protect the health of consumers and workers as well as sales conditions and the environment.

Under the ‘New Approach’, EC Directives were created to ensure compliance with safety and quality standards within the European Union and certain EFTA (European Free Trade Association) members.

Most of the legislation and procedures are now in place and the scope of harmonisation has been completed. In addition, numerous standards (Norms) for product safety, machinery, electromagnetic compatibility and telecommunications have been published to support the essential requirements of the Directives. The standardisation process is constantly evolving, with procedures established to cover all aspects of conformity.

When a European Standard (EN) exists, it is always recommended to refer to it to ensure compliance with the European Directives. In some cases, non-EN standards may also be considered, but the choice must be justified. The use of non-European alternatives may be unjustified before the court and may result in the product being found to be non-compliant. Only through harmonised European Standards, together with a unified evaluation process accepted by all participating countries, is it possible to dispense with redundant testing and submission of products to each individual member state institution.

What are harmonized standards ?

Product conformity requires an understanding of the purposes and methods for achieving it. The purposes are explained in laws, known as Directives. The different Directives define the essential requirements. The ways to achieve the aims are explained in technical standards, known as harmonised standards (EN). Directives and standards must be taken into consideration together with the design evaluation criteria for the product. The most important consideration must be the protection of the end consumer (user, operator, buyer, etc.), for whom the manufacturer and/or distributor must reduce the risks in the use of the product as much as possible.

Presumption of Conformity
This is an expression associated with products that comply with harmonised European Standards. National government authorities are obliged to recognise that equipment produced in accordance with Harmonised Standards, published in the Official Journal of the European Community and transposed into national law, is presumed to comply with the essential requirements of the applicable Directives. When a product does not meet the appropriate EN Harmonised Standards, the presumption of conformity does not exist.

The Directives tell us why we must comply with them and what might happen if we ignore the law. But it is the EN Harmonised Standards that show us how to meet them (design and evaluation) by providing us with guidelines.

What is the Technical File ? 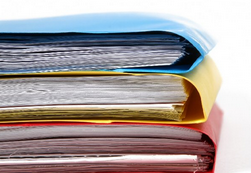 Documents making up the technical file (for example)

What directives shall be applied ?

Depending on the type of product, there are different types of Guidelines to be applied:

Generic Directives
They apply to a specific range or group of products, such as products that operate with a certain voltage limit (LVD, Low Voltage) or products that may generate RF emissions (EMC, Electromagnetic Compatibility). These Directives cover a large sector of products such as Information Technology Equipment (ITE), Household Appliances, Lighting Equipment, etc…

The involvement of a third party may be mandatory, but not in all cases. If the class or type of product is regulated by the Directive, the Third Party must assess the product and issue the certificate before the CE marking can be affixed. It is necessary to refer to the relevant Directive to see if the involvement of the European Notified Body is mandatory for the product in question.

This type of directive takes precedence over all others.